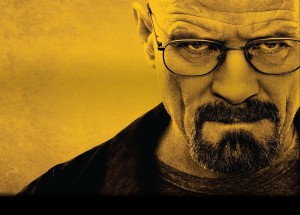 You know, I kinda forgot about you. It wasn’t on purp—wait, come back! Aw baby, don’t be like that. Listen—would ya listen? So I had all the best intentions of giving you a Friday Night Fiend ON FRIDAY. I did, really. But life came in and said, “Ain’t nobody got time for that!” Instead, I got the Day Job Dragon biting my ass and won’t let go, a sick Honey Badger (who now sounds like a slow-motion dolphin), a wife with 102 degree fever wanting to put her hot ass feet on me, the Damn Dog believing that muddy footprints make fantastic interior décor, and then The Boy got fucking suspended.

I even started writing it, then I got sidetracked, then, when I finally realized that I never posted anything, I got a case of the Fuck-Its.

But here I am! All yours! And you knew this was coming, Pete.

There is no way I could bid farewell to one of the finest cinematic renditions of a good man’s descent into inhumanity and not have anything to say about it. That ain’t me. I talk about the gray area that lives in each of us, the one that vacillates between good and evil. And I said vacillate—SAT word, people! Plus, I want the hits. I’m selfish. Sue me. So your first October Friday Night—err, Monday Night—Fiend is the chemistry teacher turned meth-making mastermind, Walter White.

And cuz I’m not a total ass, I’m gonna actually give you a spoiler alert. Hey dippy, if you don’t want Breaking Bad ruined, stop reading blogs that feature the main character AFTER the conclusion has aired. Do like the rest of us did and watch it all on Netflix in like a week and catch up.

Now that that’s out the way, let me say this: I dig this dude. It’s not because Walt’s cool (he’s not), it’s because he thought he was. Every step of the way, throughout his entire descent, he thought he was doing the right thing. Well, the wrong thing, but for the right reasons. And we thought so too. Look at him: he’s a high school chemistry teacher who’s seen his better years, and ideas, pass him by. He works part time at a car wash, getting screamed on by the Russian dude who owns it. And then comes home to his pregnant wife and disabled kid. Walt’s a good guy, doing what he’s supposed to do, being the husband and father he’s supposed to be, and life hands him a terminal cancer diagnosis.

That’s how the show starts.

Where else can Walt go? He’s gonna die and you and I know that teachers in the good ol’ US of A aren’t paid enough to take care of themselves, much less handle cancer and chemo and medical bills and pregnancy and college. Walt’s stuck between a rock and hard place and his hard place has a due date, right? Walt has a life expectancy and it’s about 2 years.

So what does Walt do? What any 50-year-old with terminal cancer, $8,000 and a working knowledge of chemistry would do: start a meth lab. Isn’t that your retirement strategy? No? Not one of the options for your 401K? But here’s the thing: he’s good at it. He’s not just good at cooking meth (and he’s REALLY good at cooking meth), he’s good at running meth empires. He’s also good at poisoning kids, lying to his wife, robbing trains, driving his car into people, misleading (and later threatening) his DEA brother-in-law (that “tread lightly” shit was AWESOME!), killing 9 inmates in prison in 2 fucking minutes, watching heroin addicts die, and committing the greatest murder in TV history:

There will be hundreds of thousands of words written on Walter White and his descent into darkness. There will those who will say that Walter White was always Heisenberg, that he found his true self. Of course, that somebody would be Walter White himself: “I did it for me. I liked it. I was good at it. It was the only time I felt alive.”

For me, the awesome thing about Walter White is that he’s each and every one of us. And for those of you saying, “I would never”—shaddup! Shut up! Yes, you would. We all would. That was the thing about Walter White: his motives, at least in the beginning, were pure. He just wanted to leave something behind for his family after he was gone. Hate his methods but you can’t argue his motive. And how many of us have contemplated something less than savory because it gave our children a leg up? You know you’ve given that English a better Christmas gift than necessary so your son might fucking pass (maybe that’s me). You know you’ve volunteered for shit you could care less about doing so your daughter could be with the right crowd. Whether it’s one additional deduction on your 1040 form or adding a zero to that Goodwill receipt for that old computer and those dirty sneakers, we’ve all taken some “liberties” to get where we need to go.

This got longer than intended. We loved Walt because he expressed the duality of who we all are, at base. Criminal activity aside, we all have different sides to ourselves and need to indulge them to feel alive. To feel complete. Walt embraced the man he was “supposed” to be and it damn near killed him. Being Heisenberg gave him a second lease on life. His own life. And that was worth watching.

Catch ya next time!