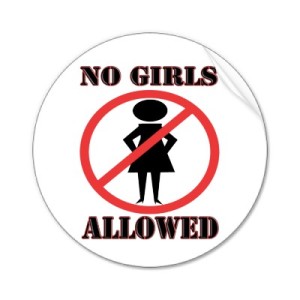 What’s crackin everybody! It’s your favorite villain-loving, miscreant-embracing host getting the party started this Friday night with a SAT vocabulary word. Party over here, whut whut!

Now misogyny is a downer word replete with a downer definition: the hatred or dislike of women or girls. I’m not talking about the kindergartner “I don’t yike guls so I hitted her” approach. I’m thinking something a bit more pervasive and more institutional…and wholly unintentional. I know you’re like “Damn, Chris. It’s Friday, I love girls, and you are really fucking up my vibe.” I get it. Let me put it in comic book terms.

A couple of years ago, DC Comics and Warner Bros put out an absolutely horrible superhero flick called Green Lantern. This was at the height of the superhero craze: Heath Ledger had earned a posthumous Oscar for playing the Joker in the Dark Knight, Robert Downey Jr. had been Iron Man twice, and Marvel was one year away from pulling together the Avengers into the 3rd highest grossing film of all time. You might remember Green Lantern (if you saw it, I ‘m sorry—the support group meets on Wednesdays at the Y): it had Ryan Reynolds as Ryan Reynolds in a snug CGI suit, a villain with the largest head on film (and it pulsated), Dora-level special effects, and it made about $14 at the box office. It was a shit movie and this is from somebody who likes shit movies.

I took the Honey Badger to see one of the Alvin and the Chipmunks movies—whichever one had fucking Alvin doing the Castaway on a deserted island after falling off a cruise ship. As an aside, talking chipmunks or not, once they were off the ship, fuck the damn rodents and their high ass voices—I would have taken the money and run. Anyway, as we’re waiting for the movie the start, we get to see this wonderful trailer:

The trailer was better than the movie. Trust me. But as we watch the trailer and I start to get hopeful about Green Lantern (I kinda like the character but don’t tell nobody), the Honey Badger says, loud as day, “How come it can’t ever be a girl that saves the world?”

And some of the women in the theater clapped.

But I didn’t have an answer for that. I don’t have an answer for that. I don’t know what to tell her. I watch movies with her and I see her fall in love with Bella Swan—a girl stuck in a horribly abusive and controlling relationship, who refuses to act EVER, and simply lets everything happen around her. I see Katniss Everdeen start a revolution but be mired in a love triangle. SHE STARTED A REVOLUTION!! Fuck Peta! She’s changing the world. (BTW I haven’t read the books—maybe there’s more, I don’t know). I see Hermione play second fiddle to Harry’s Jesus Christ and Ron’s redheaded idiocy when she is CLEARLY the smartest, most prepared player in the game. How the fuck did Ron survive those 7 years at Hogwarts and how the hell did his broke ass pull Hermione Granger?

And, as much as I love her, I see Scarlett Johannson get played to the curb in 2 different movies. If there was a pretty perfect portrayal of a female superhero in the movies, it’s Johannson’s Black Widow. This woman infiltrated Stark Enterprises and got Tony Stark back to work, she hacked Ivan Danko’s Russian computer system and rebooted Don Cheadle’s suit AFTER beating the cowboy shit outta like 6 dudes. She took a backhand from the Hulk—THE HULK who fought Thor, a demigod—then got up and socked the shit out of Hawkeye before she dove into battle with 2 guns and a taser. There were no romantic entanglements, she was nonplussed about all these people with their amazing powers, and held her own in the Battle of New York. Oh yeah, and she outsmarted Loki (the God of Mischief) and shut his shit down.

But she isn’t considered an Avenger. They only count Cap, Iron Man, the Hulk and Thor as Avengers. She doesn’t get equal billing. She’s a token. Marvel actually removed the other female founding member of the team because…well, I actually don’t have an answer for that.

And that’s bullshit. And my daughter knows it.

A couple weeks ago, I made Canada my Friday Night Fiend. You might remember that one. A friend of mine, my villainous partner in crime, writer ED Martin, added a comment about how independent women should be my next villain. She has a point. What are TV and film studios so afraid of? The portrayals of women in cinema have a massive impact on who our daughters and sisters and nieces decide to be. Who they believe they can be. How do I convince my daughter to be less Bella and more Hermione when she’s ridiculed for her intellect and eschewed for her preparation? How do I encourage her to start revolutions like Katniss and be independent like Natasha Romanov when the world is more concerned with her love life than her capabilities? When she’ll never get the credit she deserves?

I’m gonna end this little diatribe with the most important female superheroine who, for the dumbest of reasons, cannot get ANY cinematic love: Wonder Woman. It is an absolute travesty that, in 2013, after Hillary Clinton garnered 16 million votes and led the most viable campaign for a female president in history, Wonder Woman cannot find a place on film. Or TV. Or her own cartoon. Do you know why? She’s “tricky.” That is the actual reason.

“We have to get her right, we have to. She is such an icon for both genders and all ages and for people who love the original TV show and people who read the comics now. I think one of the biggest challenges at the company is getting that right on any size screen. The reasons why are probably pretty subjective: She doesn’t have the single, clear, compelling story that everyone knows and recognizes. There are lots of facets to Wonder Woman, and I think the key is, how do you get the right facet for that right medium? What you do in TV has to be different than what you do in features. She has been, since I started, one of the top three priorities for DC and for Warner Bros. We are still trying right now, but she’s tricky.”

Tricky. Tough. Hard. So fuck it, right? By the way, it was the female president of DC Comics who gave us that quote.

I’ve paid for shitty Superman, Batman, Green Lantern (well, I didn’t pay for that piece of shit), X-Men, Star Wars, and Spiderman movies. Jackass is a SERIES. You saw Bill and Ted just like me. And Gremlins 2. And any of the Child’s Play movies. Jason Vorhees has like 57 shit movies. My point is someone is greenlighting these bullshit movies and you cannot say a guy who stalks you in your dreams or a retarded kid who lives at the bottom of the lake and cannot die or a group of idiots who film themselves hurting themselves makes more sense than Wonder Woman.

So there you have it: Friday Night Misogyny courtesy of superhero movies. I’m gonna leave you with this tweet about Marvel’s response to DC’s “Wonder Woman is tricky” comment. I thought it was just funny: