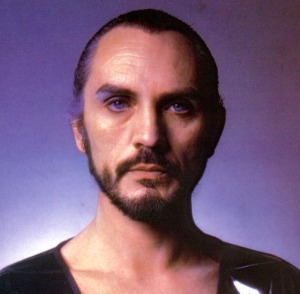 I already told you that I’m no fan of DC Comics (they have continuity issues I cannot wrap my head around) and everybody is named Something-Man, This-Power-Girl. There’s even a Something-Lad—Lad? Seriously? In 2012? Can’t do it. But that’s beside the point. I am a fan of General Zod as portrayed in the magnificent Superman II by Terence MF Stamp.

No matter how you slice it, Zod’s been pissed for a while: whether you go with the comic version of him leading Krypton’s military and committing atrocities; or him having issues with how the Council did Non…and then committing atrocities; or Smallville’s genetically engineered, then sent back in time nonsensical portrayal—it all ends with Zod doing foul stuff on Krypton, getting imprisoned in the Phantom Zone (which is like the cornfield for you Twilight Zone aficionados—ha! I got to use the word aficionado), escaping the Phantom Zone, making his way to Earth where he gets Superman’s powers with none of the truth, justice and American Way jazz. And then he wrecks shop.

Now, I already told you, I’m looking at the Zod who screamed at Marlon Brando, “You will bow down before me! Both you, and one day, your heirs!” and then made good on it. I’m talking about the Zod who came to Earth and walked on water in front of Buford T. Justice (“Did that son’bitch just give me an order?”) I’m talking about the Zod who got on the news and called Superman out and then proceeded to whoop his ass through downtown Metropolis—which looks an awful lot like Gotham City. And New York. That Zod. He was an awesome Zod.

Here’s why he’s impressive: Zod is the most horrid version of Superman we can consider. He was even too bad for Lex Luthor—and Lex wants to kill Superman. He’s a direct affront to everything that makes us love Superman: Zod has all the powers with none of the humanity. See, that’s what Zod is really about: taking away that thing that makes Kal-El into Clark Kent, into one of us. Because beneath the cape, behind the S, is an individual who was orphaned, different and alone. Alone. There’s nothing else like Superman, not on Earth. Not in the universe. His planet is gone. His people are gone. He clings to the closest thing he can: us. And then only vestige of who he might be, what he could be, is a bulletproof megalomaniac clad in deep V’s and puffy sleeves. It’s only a matter of time before people—human beings—put two and two together and turn on Superman.

Zod isn’t about power (but he uses his so effectively); he’s about alienation. He’s about attacking the core of the Man of Steel. Think about it. He brings out the worst in Superman. Zod makes the world think Superman has abandoned them (when he was just getting some nookie); he beats the living shit outta Superman with powers humans worship him for having; there are instances in the comics where Superman has killed Zod (and the movie implies it). Zod takes this superhero and shows him a horrible mirror—turns a savior into a killer at worst, an apathetic god at best. Anything but human. Anything but one of us. When the dust settles, Superman is still different and alone. And now we all know it.

And one more thing, Zod had this amazing line: “Why do you say these things to me, when you know I will kill you for it?” That’s always been my favorite.

That’s it for the Celebration, at least for this volume. Its been a blast, ladies and gents, Sith and Jedi, wizards and muggles.