This has gotten entirely too easy. But seriously, one of us has to be the adult. It’s a sad day when it’s me.

As much as I’ve enjoyed the witty repartee between John and me, there comes a point when it has to end. When there’s really not much more to say. I thought we’d reached that point already. I actually thought it was a yesterday when I was graced with a super-fantastic voicemail. Apparently not. Ridiculousness apparently knows no bounds. And it doesn’t sleep. This morning I woke up to this: 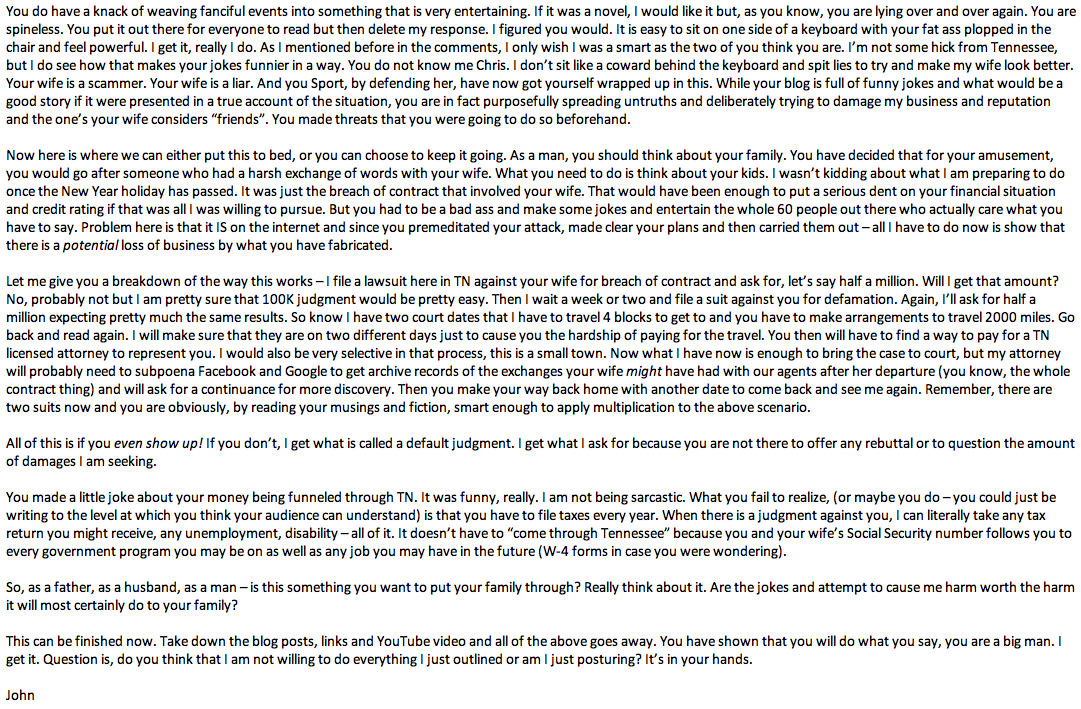 Somewhere in the posturing is an appeal to end the nonsense. There really is. Can you see it? It’s at the end. The problem is it’s at the end. After the 2500 word threat. After the intent to haul me to Tennessee (which you know is on the dark side of the moon) TWICE. And take the unemployment I’m not on. And take the disability I don’t receive. Thing is, you can’t garnish disability or unemployment…but whatever. He did say I’m funny though and that warms my heart. That said, don’t be surprised if you see a PayPal donation widget for my legal fund.

I actually spent all day ruminating on this—and watching the Vikings make the playoffs (though AP was 9 YARDS AWAY from the rushing record) and doing laundry and clipping toenails. Then I wrote this:

Look at that. All I want, all my wife wants, is a simple apology. Say you’re fucking sorry. That’s it. That’s all. Man up, put your big-girl-panties on and apologize. Till then, guess what’s on heavy rotation?

Remember when one of Amanda’s emails said someone got called retarded? Here’s what that actually looks like: 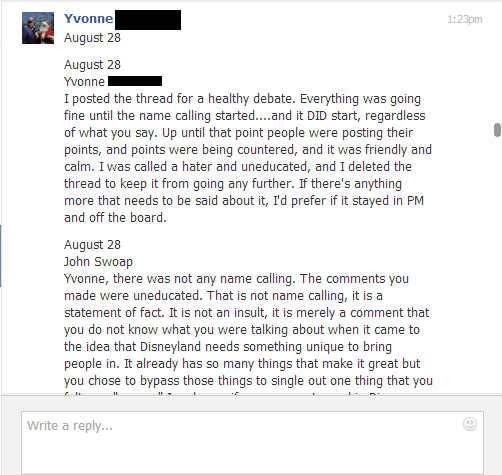 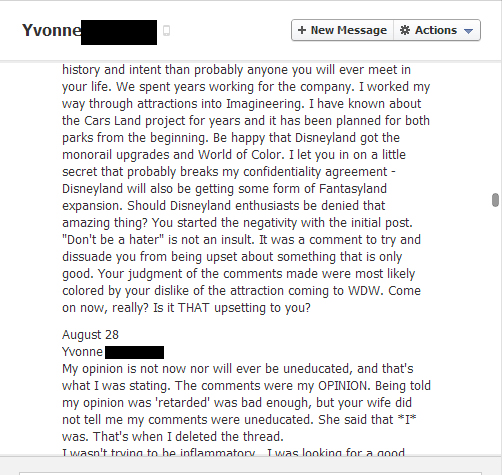 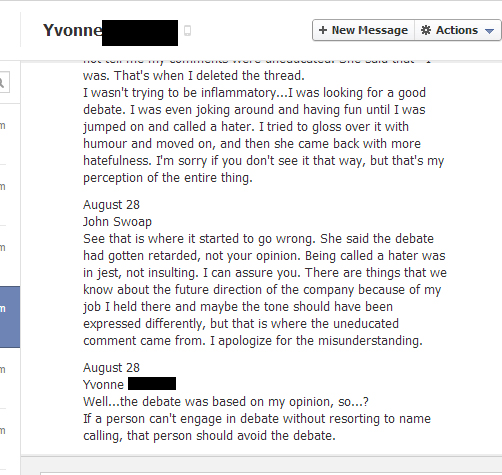 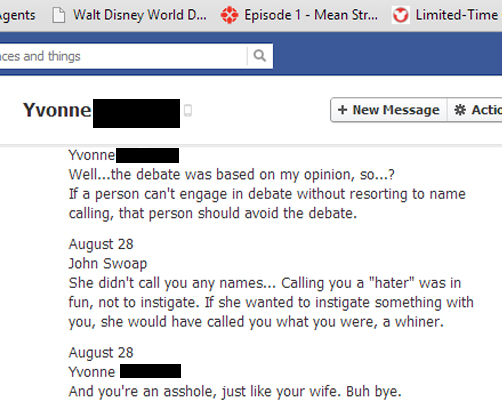 Remember when they fired a planner on Facebook? Here’s how you make them feel extra special: 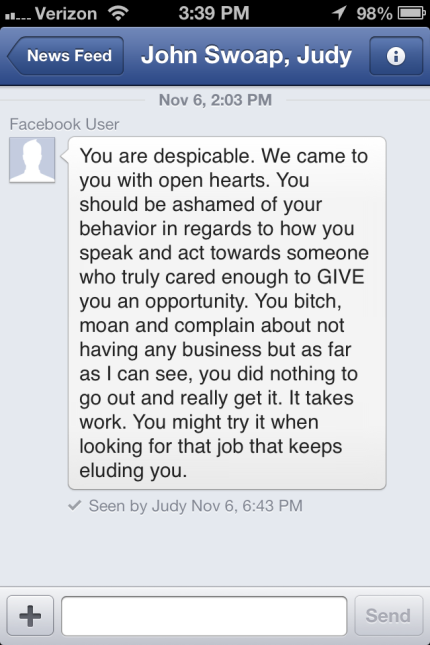 What you are looking at is a pattern of behavior, a way of engaging in the public discourse. Problem is it’s inappropriate. Some people have to learn the hard way. In the end, the lesson here is, when someone asks you to shut up, you should shut up.

Somebody told me, “You can lead a horse to water but you can’t make them drink…but you can salt their oats!” That was pretty good. I also like this: “I’m a man of my word.” – The Joker, The Dark Knight

And then…they came back!